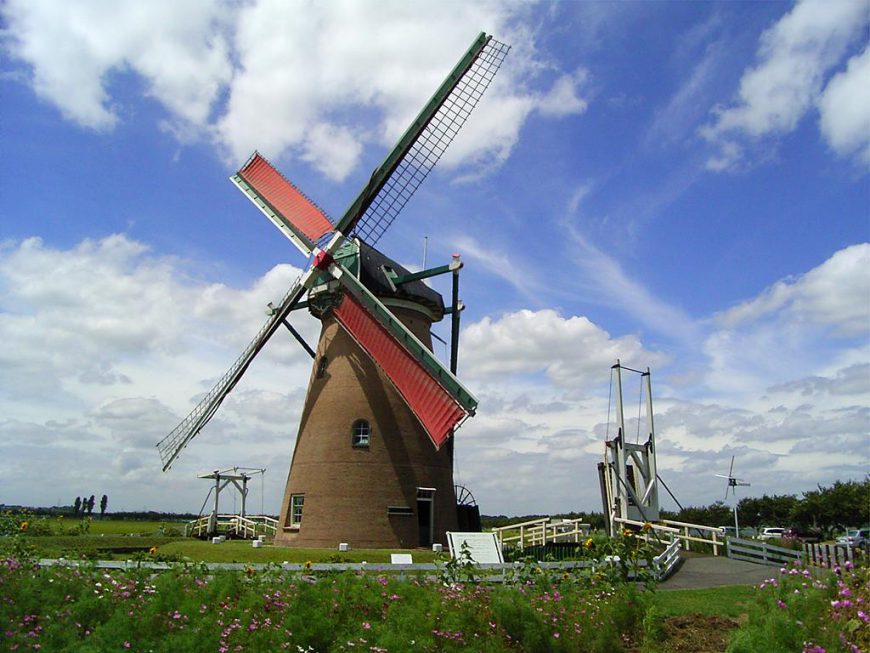 The city of Santana do Livramento, on the Brazilian border with Uruguay, will launch one of the most important investments in its history: the Amsterland Tourist Complex – Thermal and Adventure Water Park. The complex, to be installed in an area of 13 hectares, will focus on the general public and local associates, with access throughout the year and will feature different business units besides the park itself, with hotels, food courts, shops, a cinema, playgrounds and parkings.

The investment will be presented to the regional press and to the public on the 26th of September, with the presence of Brazilian and Uruguayan authorities, its investors and the first enlisted members of the Amsterland Thermal Park.

The decoration is inspired on the Netherlands, using the city of Amsterdam as an example with its canals, boats and typical houses.

At this moment the executive board of Verde Plaza (the holding of Amsterland), is looking for ideas to build a replica of a Dutch windmill. Dutch companies that design and / or build decorative Dutch windmills interested to get in contact with Amsterland can write NBSO Brazil at info@nbso-brazil.com.br, or call at +55 51 3378 1144

The “100 Resilient Cities Project” (https://www.100resilientcities.org/) was created by the Rockefeller Foundation in its centennial (2013), earmarking $ 100...