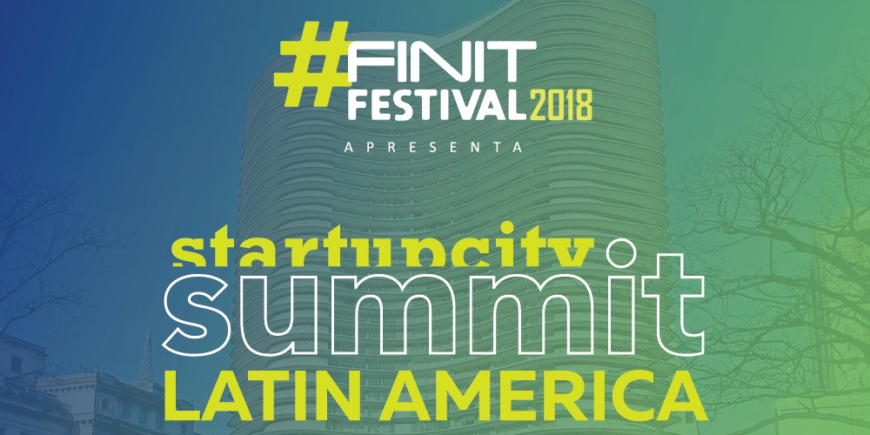 NBSO Brazil, as part of the Dutch Economic Network in Brazil, has as its objective to facilitate market entrance for Dutch companies as well as to match offer and demand between the Netherlands and Brazil. Startups are also part of the focus group. Therefore, the Dutch Economic Network co-organised a full week of start-up activities in Brasília, Belo Horizonte and Rio de Janeiro to connect ecosystems in the Netherlands and these three cities. This report focusses on the activities held in Belo Horizonte.

In May of 2018 a delegation of the State Government of Minas Gerais was invited to participate in the StartupCity Summit in Amsterdam. The summit was organised in its second edition by StartupAmsterdam, the ecosystem builder of the city of Amsterdam, during the The Next Web Conference in the Dutch capital.

The Netherlands is currently the 3rd startup ecosystem of Europe, with more than 5.000 startups and scaleups. Organisations such as StartupDelta and StartupAmsterdam contribute to this favourable scene by looking for best practices and by discussing their experiences with other locations worldwide. StartupCity Summit was created exactly with this objective, to gather representatives of cities / regions from around the world to discuss experiences and share best practices on ecosystems and stimulating the set-up of startups. Minas Gerais was invited by StartupAmsterdam via NBSO Brazil to join the summit due to their, in the Brazilian context, unique subsidy programme to accomodate startups in the capital city of Belo Horizonte. This so called SEED – Startups and Entrepreneurship Ecosystem Development accelerator programme is financed by the State Government of Minas Gerais. SEED opens a call every year to attract worldwide minded entrepreneurs who want to develop their business in the State of Minas Gerais. You can read more about the programme and how to apply at: http://seed.mg.gov.br

The Minas delegation had a fruitful experience during the Amsterdam summit. The delegation consisted of representatives of the State Secretariat of Economic Development, Technology, Science & Higher Education – SEDECTES and of Minas Digital, the innovation expansion programme of the State. The delegation connected with several other cities and had meetings with the city of Amsterdam. Based on the positive participation SEDECTES decided to, together with StartupAmsterdam, organise a Latin America edition of this peer-to-peer concept.

The first StartupCity Summit Latin America was organised by SEDECTES with support of StartupAmsterdam and NBSO Brazil in Belo Horizonte. The summit took place on 28 November as part of the FINIT Festival, a yearly event on doing business in Technology & Innovation in Belo Horizonte. The objective of the summit was to interact with other Latin American ecosystems to strengthen ties and to get to new ideas.

Dutch Ambassador Kees van Rij opened the summit together with Secretary SEDECTES Vinicius Rezende and the Director of the Municipal Company for Informatics & Communication – PRODABEL, Leandro Garcia. Lead International Business of StartupAmsterdam, Dieter Oude Kotte, was present at the summit to introduce the concept and to share the lessons learned of the city of Amsterdam.

The summit gathered representatives from several Brazilian and Latin American cities such as and besides Belo Horizonte, São Paulo, Bogotá, Medellín and Santiago. Maria Bueno, Chief of National and International Partnerships of the Secretariat and head of the organization of the 1st Edition of the StartupCity Summit Latin America (2018) states: “The Secretariat of Economic Development, Science, Technology and Higher Education of the State of Minas Gerais has foccused its policy mainly on developing new business models and fostering the ecosystem of startups and entrepreneurship. The importance to perform the first edition of StartupCity Summit Latin America was to create awareness on the region, to make the startups ecosystem more connected and to be able to share good practices and start the first conversations on possible cooperations among the initiatives that are  being carried out, hence they have a large sinergy. In my point of view, the event was a great success, even realizing that we had the challenge to make it come true in less than a month. We could count on the participation of speakers from the Brazilian Ministry of Foreing Affairs, Connect Bogotá, Ruta N, StartupAmsterdam, San Pedro Valley, TechNation/UK, ECLAC/UN and the government of Ceará (a State on the Northeast of Brazil). The challenge has been achieved and we will be proud to hold the second edition next year, to make Minas Gerais a reference on startups public policies and the best place to exchange ideas and good practices. We are looking forward to publish the mannual as the result of the peer learning sessions and to see you all next year”.

On the Dutch side the Next Web Conference will host the third StartupCity Summit Amsterdam next year, on 9 and 10 May 2019. More information abou the TNW Conference and how to participate can be found here: https://thenextweb.com/conference/

During the official first visit of Ambassador Kees van Rij to Belo Horizonte on Wednesday 28 November, on the occasion of the StartupCity Summit, a renewed memorandum of understanding between the Netherlands and the State of Minas Gerais on the triple helix cooperation Living Lab BioBased Brazil was signed with Secretary Rezende. The MoU will be effectuated by its partners for another four years. On both sides the cooperation is supported by consortia that consist of universities, companies and regional governments. Living Lab BioBased Brazil offers Dutch and Brazilian small and medium companies qualified and demand driver applied research capacity with low costs. More information about Living Lab BioBased Brazil and its projects can be found here: https://www.biobasedbrazil.org/

Furthermore, the Ambassador visited strategic partners of NBSO Brazil in facilitating Dutch business and investments to Minas Gerais. At the Federation of Industry of Minas Gerais – FIEMG Ambassador Kees van Rij and Chief Representative of NBSO Brazil in Belo Horizonte Remon Daniel Boef were received by the President of the Council of International Markets, Fabiano Nogueira, and Head of the Centre of International Business, Rebecca Machado. Ambassador to Minas Gerais of the Ministry of Foreign Affairs, Maria Auxilidora, also participated. With the new board of directors new cooperation areas are being explored, startups is on the agenda and NBSO and FIEMG will look for possible joint seminars or missions in 2019. The visit was registered by FIEMG (in Portuguese): https://www7.fiemg.com.br/Noticias/Detalhe/fiemg-recebe-embaixador-holandes

At the Agency for the Promotion of Investments and Trade – INDI the Ambassador and Chief Representative NBSO Brazil / Belo Horizonte were received by President Cristiane Serpa, Vice-Presidente Ricardo Ruiz and Manager Carlos Romualdo. INDI and the Network work closely together on various areas, as INDI offers integral assistance to Dutch companies wishing to invest of to expand their business in Minas Gerais. INDI also regulates the state taxes on import, creating a competive position of Minas Gerais for foreign companies that export directly to the state, for example by air freight. More information about INDI can be found at: http://www.indi.mg.gov.br/en/

More information on doing business in Brazil and on connecting to startups contact NBSO Brazil at info@nbso-brazil.com.br 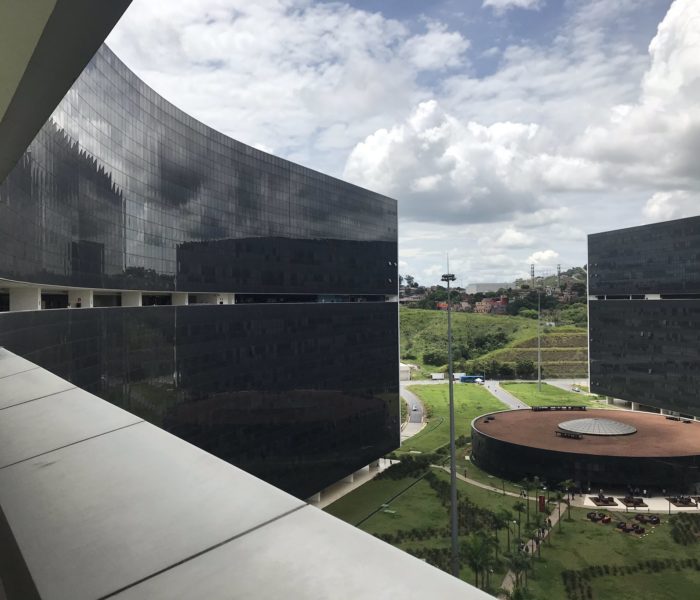 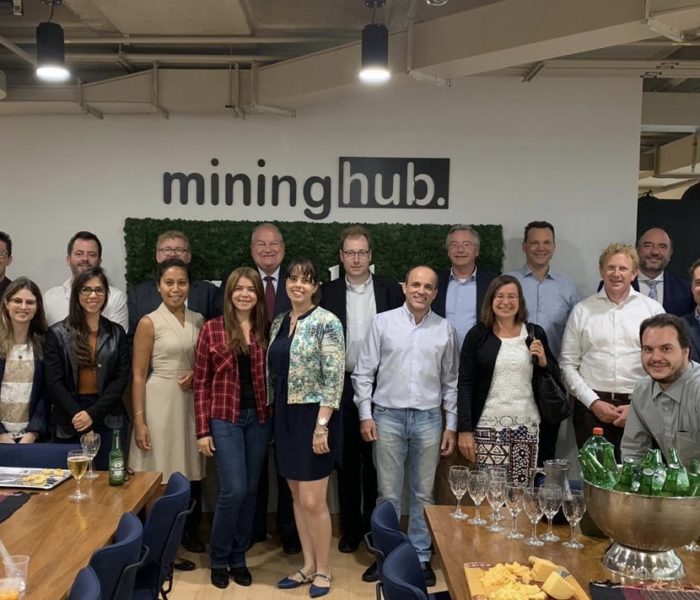